Is It Time For An Equipment Upgrade?

Technology is expensive, so it’s understandable if you want to hold onto it for as long as possible. Yet because of rapid and ongoing improvements, it’s well worth regularly reviewing your infrastructure and upgrading your equipment sooner rather than later. 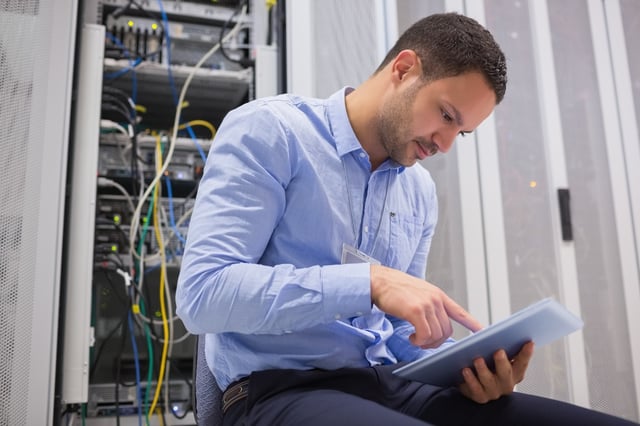 This may run contrary to what you think you know about capital equipment, but the key difference is that technology must be thought of not only in terms of the value it delivers but also in terms of the costs it incurs. IT staff can spend countless hours fixing and upgrading old software and hardware, patching bugs in old versions of applications, and sourcing parts for outdated desktop PCs.

With that in mind, it's not surprising that most companies buy equipment with planned obsolescence in mind. After several years (usually three-four) desktops and laptops are replaced even if they’re still working, just to make sure that productivity isn’t hobbled by the demands of looking after old equipment.

The burden of regularly replacing PCs can be minimized by refreshing equipment on a rolling basis. To simplify the task, and as a matter of good practice, it’s beneficial to use an asset-management tool that can keep track of every device in your business, from computers and laptops to servers, printers, and network switches.

Strong reporting capabilities will allow you to quickly see which computers are better off being replaced. For example, you might have some machines with insufficient memory or old processors that aren’t up to the demands of the users in their department.

Other drivers for system replacement include lifecycle issues, such as whether a device is no longer under warranty; whether it has reached its "end-of-life," making it hard to find support; or whether new computers are doing something in a way that enhances the customer experience.

Reis knows how important it is to keep users in the loop when it comes to technology refreshes. We always provide plenty of lead time before an upgrade so our clients can remove personal files, and plan for a short downtime while swapping over the equipment.

We also consider interdependencies: when shutting down a server for upgrading, for example, Reis Informatica ensures that it doesn’t bring down any key business functions; if there is a potential impact, we would swap in the new system outside business hours.

By planning well ahead, we keep regular equipment and software refreshes a fundamental part of your computing infrastructure. Careful asset management also lets us predict the costs of upgrades. This allows you to budget for new procurement in advance and makes everyone’s life a little bit easier.