Posted July 25th, 2022 in Cybersecurity, Android, Tech Tip
The performance of your Android phone will never be as good as the first day you unboxed it. You'll download applications, games, and a ton of useless files that will clog things up. Fortunately, there are things you can do to enhance the performance of your phone. Here are our best suggestions for giving your Android handset new life.

You know you're close to running low on space if your phone begins to lag. Google claims you'll start to notice performance issues when there's less than 10% of available on-device storage; we think keeping your unused storage space around 20% is a better bet. Here's how to remove the clutter: 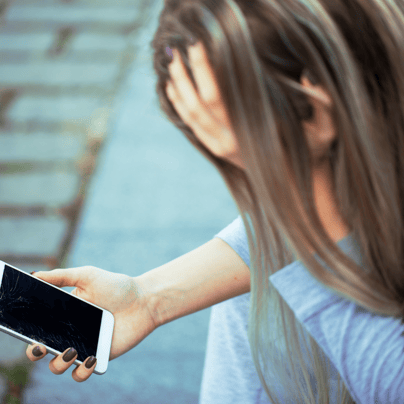 Unused apps tend to run in the background in addition to consuming valuable disc space. Old apps can be removed to increase battery life and improve system performance. Apps can be removed in a variety of ways, but the most common method is to long-press the icon and choose App details or drag the icon to the uninstall window that appears at the top of the screen.

Your Android phone won't speed up on its own if you change the system animation speed, but it will appear to be functioning much faster. Increasing the animation scale will enable visuals to complete more quickly, giving the impression that the system is performing better.

If you think the animations on your Android phone are especially sluggish or laggy, this method is a great option. If you would rather have speed over showy effects, you can even completely disable the system animations.

A straightforward but efficient method to boost performance is to restart your phone. Even though Android has a great memory management mechanism and most smartphones have more than enough RAM, a reboot can release resources that are being used to run background programmes. Restarting your phone is a good idea at least once a week; if you see that it becomes sluggish between reboots, up the frequency to every other day.
If you have a more recent flagship, don't anticipate this approach to produce dramatic effects. However, a restart might greatly enhance overall speed if you're using a low-cost phone with little RAM.

For outdated and low-end Android devices with less RAM and storage, Google and a few other developers offer Lite or Go editions of their apps. Apps in the Lite edition are scaled-down, less resource-intensive versions of their full-featured counterparts.

A number of Google's apps, including Google Go, Camera Go, Assistant Go, and Maps Go, have Lite versions available. On the Play Store, you can also get Lite versions of other well-known applications like Twitter, Spotify, Skype, and Facebook.

6. Update to the latest software

Verify that your phone is on the most recent software build or security patch. Google improves Android with each new version. By updating to the most recent Android version, you can free up system resources on your device, which might facilitate quicker app loading times and enhanced system responsiveness.

Since the early days of Android, all major phone manufacturers have advanced significantly, and they now frequently release software updates for their devices. The best thing is that with practically every update, these manufacturers work to further enhance system responsiveness and smoothness based on user feedback.

It's time to step things up if you've tried every tip so far and are still having trouble with your gadget. An effective yet radical technique to boost performance is to execute a factory reset. It essentially erases all of your data and returns your device to its factory settings.

Create a backup of all of your important data before factory resetting your Android device. After you've reset your phone, carefully review the list of apps you've downloaded; you don't want to end up installing ones you've never used.

Although these tips can add a little performance boost to a sluggish phone, they're not going to work miracles. If your device is old or has limited resources, it may be time to buy a new phone.

If you would like to see how Reis Informatica can help you and your team and provide more tech tips schedule your complimentary summer business systems assessment with one of our experienced technicians today!