How technology is changing the way our children learn

Posted October 12th, 2021 in How Technology is Changing Our Lives

Digital technology is revolutionizing many parts of our lives, whether it’s communications, transport, entertainment, personal finance or even shopping. Read this article to learn more about how digital tech transforming the way students learn in schools around the world. 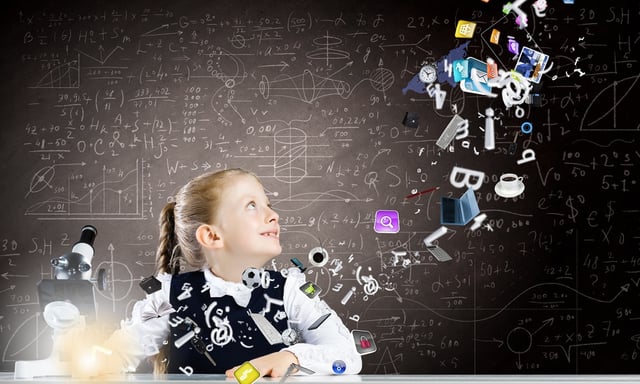 Virtual reality in the classroom

Virtual reality (VR) is tipped to be a breakthrough technology in the entertainment industry, but it’s also forecast to have a big impact on education.

That’s because the release of relatively low-cost VR headsets has enabled teachers to create unique and interactive 3D environments that can bring classroom lessons to life.

For schools, one major application of VR is that it allows teachers to transport students to locations where they are studying, including a diverse range of subjects such as history, geography and science.

VR also has particular utility for science subjects, since VR can make difficult concepts comprehensible via its unique visual and immersive qualities.

However, like any disruptive technology, there remain barriers to VR becoming an everyday fixture in classrooms, with one of the largest being its relative unfamiliarity to students and teachers.

3D printing, which turns digital 3D models into solid objects, is another emerging technology touted as having a bright future at schools across the globe.

In particular, 3D printing has the potential to assist teachers by providing them with 3D visual aids to illustrate complicated concepts, improve interactive learning and boost class engagement.

It also has applications in design, fashion and engineering faculties within schools, particularly since those industries are already making use of – and being impacted by – the exciting technology.

Like many cutting-edge technologies, 3D printing faces challenges before it becomes an accepted part of classrooms. Likely obstacles include justifying the return on investment, managing access to a limited resource and incorporating 3D printing projects into the classroom.

In addition to VR and 3D printing, cloud computing is on the rise within classrooms. The practice involves storing and accessing data over the internet, instead of via a local hard drive.

Cloud computing has several positive educational outcomes because it cuts IT costs, increases accessibility and fosters collaboration between students.

It has become popular with teachers and students, especially in science, social studies and languages fields, where the sharing of information between students over the internet is important.

Meanwhile, schools have adopted interactive, or ‘SMART’, boards in the classroom in recent years. These interactive whiteboards usually include touch-sensitive screens, making them ideal for children. The boards can also be linked to tablet devices and computers.

Already used in many developed nations, proponents of this technology say it leads to a more interactive class environment, with a teacher able to build a lesson plan into the board’s software, while children can re-watch the lesson at home. It’s a long way from blackboards and chalk.